Brenda-Lee’s plaidoyer to take the politics out of women’s grossness.

Look at this picture:

What do you see? Do you see a brave man challenging unattainable male beauty standards? Do you see a “real man” assuming that real men do not look like those in magazines or on TV? Do you see a man who views his stretch marks, wrinkles and increasingly invasive body hair as badges of honor acquired over time, proof of his wisdom, his experience, his living life to its fullest without giving a damn about the media and society’s bullshit norms?!

Or do you just see a gross hairy fat man being unapologetically disgusting?

I know this subject has been discussed time and again by feminists, anti-feminists and those who want nothing to do with the latter two. We have all seen the articles which have become stereotypical of the feminist movement: female artist makes statement with menstrual art or a photographer takes pictures of fat women or women who have just given birth to show that ALL bodies are beautiful regardless of what you and everybody else thinks. Calm down chubby-chasers, I am not saying it is wrong to find plump women attractive, just like I think there is nothing wrong with being a coprophile, whatever floats your boat is fine by me. Also, if you are one of those Earthmother-types who thinks women are beautiful pregnant and right after, that’s fine too.

Whatever gets you through the day.

The point I am trying to make is, men are fully “allowed” to be filthy and obscene, but whenever women are disgusting or unappealing many people (i.e. women) try to turn it into something dignified. I think shitting is gross, in certain situations I think shit and fart humor can even be witty… perhaps even tasteful? No one should be ashamed of defecating, of menstruating or of having a mushy body after giving birth, but that does not mean we should act like it is noble and dignified. We shouldn’t mock people for having an embarrassing bodily issue, remember what Dr. Christian, Dr. Dawn and Dr. Pixie say: “There’s no shame, we’re all the same.” It’s just natural.

I think, if I gained weight or god forbid, had a child, I would probably be very depressed about the state of my body. So, I understand the need for projects such as the ones mentioned above to make people feel better about themselves, and if they help people, great. However I wouldn’t be able to delude myself into thinking  I am less ugly than I am simply because a photographer made it dignified. I would exercise until I considered myself beautiful again, get plastic surgery or just accept that I am no longer attractive, but not force others to pretend that I am not ugly. I am not saying I want to be bullied, but I mean, if people dare say I am beautiful I will be annoyed at them for insulting my intelligence. People can hereinafter appreciate me for my just other qualities (rather than both my beauty and brains).

A few months ago, I read about a woman who made bread with yeast from her vaginal yeast infection. I think such an act is both gross, funny and intriguing. This would be the kind of woman I would want as a friend… or maybe not, if she is grosser than me than I would lose my shock-factor. Either way, I do not have to concern myself with this because she took this act of spontaneous grossness and turned it into a political statement. People were shocked, both men and women and honestly, I agree with her, people need to be less uptight. It was a pretty creative idea. But, can’t we offend people just for the sake of offending them because they are stuck up without implying that the fact that they find something gross to be a moral failing demonstrating their lack of gender equality awareness?  Jackass is offensive to many people, not politically offensive, it’s just gross. They celebrate stupidity and grossness simply for what it is.

I once calculated how much milk Michelle Duggar has produced in her lifetime, but I forget. Seems to me it was about the same as a dairy cow produces in one year.

If a woman made cheese out of her breastmilk just to experiment – super cool; if she turns it into a statement about the importance of breastfeeding and trying to make some parallel with, let’s say, conditions in dairy farms – lame. Don’t get me wrong, I care about the conditions on dairy farms, but I just wish women could openly be gross just for the sake of being gross. By now, my point should be sufficiently hammered in.

Wait though, allow me to nuance this a little bit, I am not saying women should start farting openly in public, that is just bad manners and it applies to men too. There is a time and a place for everything. I am just saying that it bugs me when women’s filthiness is sold to us by feminists mostly as something dignified by connecting it to nature, the Earth and the Moon.

This guy attempted to make cum cheese, there is not explicit mention of what the purpose of the study was. But I have attempted to make cum cheese on a few occasions and failed. I have a few theories as to why I failed: a) My arms are weak, so when I harvest semen, it’s usually orally therefore the saliva is potentially a contaminant; b) since I harvest little by little, the semen is all of a different age. Maybe I should freeze it and once I have enough put the jar in room temperature; or d) I always end up abandoning the project because the smell when opening the jar is rank. I also experienced the same problem of the semen “splitting” with a layer of what I presume is formed of dead sperm forming at the bottom.  Next time, I should strengthen my arms so as to collect the samples by hand, freeze the loads until I have a sufficient amount and then slowly dehydrate the semen while whipping it. I should probably learn more about the chemical composition of sperm and whether I could add anything like yeast or a fungus to help congeal it into a cheese. 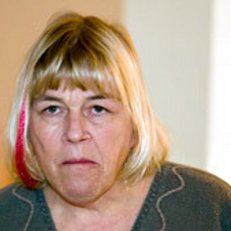 But I digress, ultimately, what I am getting at is the fact that this guy wasn’t trying to make a statement by saving and accidentally cooking his cum, it was just for shits and giggles and I think women need more of that attitude. I think we should not fear to portray women as disgusting without giving them some backstory to dignify them. Essentially, I am making the same argument as the people who are sick of seeing “strong female characters”, a few are alright, but they do not reflect the multitude of sub-types of women. One of the characters that best illustrates this is Ruth from the Norwegian comedy series Borettslaget (which most likely none of my nonexistent readership are aware of ) or aha! another perfect and more well-known example: all the female members of Mama June’s family on Here Comes Honey Boo Boo! God, I love TLC.

“Well you see, there already is stuff out there mocking gross women, so why do you have to pick on the one’s trying to make people feel better about themselves?!” Because, I don’t think I have ever seen a single campaign where a bunch of fat hairy and simultaneously balding middle aged men were asking for the media to be less harsh about their bodies. They would be laughed at for doing such a thing. Ugly men should either embrace/resign themselves to their unattractive selves, favoring their other qualities (which might in turn make them pleasant people to be around, even good romantic partners) or hit the gym or visit a surgeon. You can’t have your cake and eat it.

Also, gross can be kind of a turn on sometimes. Am I right ladies? Maybe it’s one of those things that are kind of a turn on in our imaginations, but in real life would be less than stellar, but I know a lot of you have had fantasies about like, having sloppy sweaty sex with a redneck in a hot truck-stop bathroom.

Take that to heart!