It’s been 10 years since I last read Brave New World, back when I was in high school. However, contrary to what I wrote in my book report, I actually thought that Brave New World’s world wasn’t that bad. I don’t remember the book that well, but that won’t stop me from writing about it.

Brave New World is no dystopia, for the following reasons:

The fact that they don’t bear their children anymore is a big pro in my book. When are we going to get the iron womb?! I realise it’s not called the iron womb, but the artificial womb, yet I like how cold and medical it sounds (like the iron lung). Then again I am one of those people who enjoys frowning at infants (because they have to learn that not everyone likes them and because I am kind of a bitch). We live in a time where mothers are crazy about midwives and doulas (Whatever that is. Okay, I know what that is, like a sort of birthing coach, but I just feel like being a bitch (again). Why does it have to sound like an organic whole grain from South America?). It seems the fashion for mothers-to-be these days is to have a natural birth. Is it a fashion or is it just because as I get older I become more aware of these things? I would expect people to be thrilled about the breakthroughs in pain killing drugs and for everyone to use an epidural. I can get why people wouldn’t want a Caesarean though, ugh what a nasty scar. Anyway, I realise that making a human in a machine is still a complex and some might argue that it’s an almost magical process that cannot be mastered by science and even if they could, what about the beautiful experiences that are pregnancy and childbirth? Ugh… most people would probably say I am immature for having such views of pregnancy, but you know what? Humans, and I am no exception, often have a problem with the more naturalistic sides of our natures, heck, there are whole religions that aim to control our animal side.

In fact, the people who want the iron womb (such as myself) have probably have misdirected anger and view pregnancy as degrading due to our own issues (and to those of you judging out there, those issues aren’t just related to physical appearance). I am mostly angry at sexist people who see women as babymaking machines. With the iron womb, we could outsource it to machines! I am also angry at parents who think having children is some great accomplishment qualifying them for sainthood. The actual pregnancy or childbirth, while difficult on the body, isn’t an achievement, so why not make it an artificial womb?! The real accomplishment is what becomes of that person when they become adults… are they half decent people? Yes? Then you can start bragging about being a great parent… or actually don’t, your child is not an extension of you. And last but not least, with the artificial womb, clean up after a “birth” is as easy as 1-2-3!

I feel like I am not being very coherent here. To sum it up, we should get iron wombs. Why not? Companies are willing to pay for their female employees to freeze their eggs so they can postpone having kids until they can no longer bare them and when they have built up their career enough so they can pay for daycare themselves without hoping the company to help out. Some women don’t mind the damage it causes to their bodies (“You’ve earned your stripes!” they say about stretch marks), but most people, especially those who were hot to begin with, probably resent it. Some people also outsource gestation to India. Is that really any more ethical (from both the surrogate and the child’s perspective) than an artificial womb?

The future of waste disposal

Let’s get back to the iron womb part though; I just had to take a bathroom break. Some argue that it would be the end of women and basically, we would just be like men, though less strong physically yet still hotter on average and it would change the abortion debate as well. I think we’ll slowly become more androgynous. This isn’t a particular wish of mine, I just think it is going to happen.

Up until I was three or four years old, I thought I had been conceived and gestated robotically and when I found out that I was made the old-fashioned way, I threw a major tantrum. I also spent my adolescence wishing I could be more machine than human. There are a lot of beautiful human traits, but I think machines would compensate where nature did a lousy job (like, why don’t we have retractable teeth in our vaginas, why?! If we did, rape wouldn’t be a problem.) Maybe we could get of emotions too, because they hurt. Just because one would prefer to be a robot over a human, doesn’t mean one wants to be a borg.

It is also necessary to make one thing clear, a lot of people think that using technology to enhance us humans will lead to people making designer babies. First off, if someone has been enhanced, they themselves aren’t better than the rest, but their enhancements are. Why would you give enhancements to some people and not to other people i.e. why would you make only select individuals smart and leave the rest stupid? Unless you wanted to enslave them, and that is unethical. “Yeah, well, this technology would enable people to be unethical.” So… does that mean unethical behaviour didn’t exist back in the good old “low-tech” days? What about parents who want their kids to have special features, like green eyes and to be good at math and have the right type of muscle development to become a professional wrestler. As I mentioned earlier, people have to understand that their kids are not an extension of themselves (see Narcissistic Personality Disorder), but another separate individual, so even if they are good at math, they might want to make art based on math instead of studying math… or do something totally different.

Okay, but I think I am going on a tangent now. So back to Brave New World.

Everyone in BNW, takes soma, I guess it was to avoid existential anxiety. What’s so wrong with that? People take drugs for either medical or recreational purposes, and if they don’t do any, then they might be taking “the opium of the people”. I really don’t get how people can brag about not taking medication, the way I see it soma is a kind of performance enhancing drug if it allows you to deal with a bleak or demanding existence. I am not pro-soma, but I am not against it either. Maybe Huxley was trying to criticise his contemporary society? It would still be relevant today. A lot of people are on medication for depression and anxiety because it is easier to prescribe a pill than to take the time it takes to get better. Soma isn’t a futuristic problem, it is an eternal problem.

The early sexualisation of children

Whoa, hold your horses pedos! People should be having sex with their peers, and if they aren’t their peers, they should be at least people old enough to give legal consent (yes… I know there are some mature 17 year old gerontophiles out there, but I am not going to be discussing the age of consent in this post). However, I have this theory; it’s untested, but let’s entertain the idea. Imagine a noisy high school, there’s warm moisture in the air caused by sweat. The boys are disrupting the class with their funny antics to impress the girls and annoy everyone else in class trying to pay attention to the class/run out the clock and the girls and busy giggling: “Stop it, hihihihi, ahhh stop!” I wonder if the teacher took the most disruptive pupils in class and told them to have a masturbation break in the bathroom or in the masturbatorium. They would come back calm and focused after having gotten rid of some of their energy. I have discussed this idea with friends and it has proven divisive. Those who were less open to the idea suggested that the teens need to learn to delay their gratification until they get home and just learn to be quiet and tough it out. These same people also noted how it would be humiliating to have their teacher or principal to tell them to head to the masturbatorium in front of the class. These are all valid points. People who sided with me, I think were those who in high school were agitated. Even when I am studying today, I need to take a break to masturbate every once in a while to be able to concentrate again.

Now, in Brave New World, they had a young child reluctantly touch another young child sexually. I forget how old they were. That is pretty messed up. What I think is good though is that at least child sexuality is discussed (weak argument). When Freud talked about child sexuality it was a taboo and still is today. Hello?! Just look back at your childhood? I don’t know about you, but a lot of kids start having sexual thoughts fairly young. I think this should be more widely accepted. I think it is by doctors and psychologists, but lay people need to know that their children aren’t totally innocent. I will address the subject of pedophilia in another article, but just to make it clear right now, I think we should be more accepting of children and teen’s sexualities (basically, not be all “American” about it), but that doesn’t mean one condone pedophilia.

So, now that I have written this, I realise that I might have forgotten how certain subjects were covered in the book, but as I mentioned earlier this is just a launching pad that I was using to start the discussion, so I wash my hands of misinterpretations my teenage self might have made of the book. You should really be on Coles Notes or Spark’s notes or something. 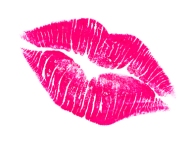