Today, we will take a closer look a the world of teenagers and correct some of their fallacies.

Every few years, newspapers and magazines run a series of articles on teenagers in the hopes of educating parents and warning them about whatever new thing teenagers have cleverly/stupidly gotten themselves into this time. When I was a child, I revealed to a girl at daycare that I hated babies. She responded, “well, you were a baby, did you hate yourself back then?” to which I replied, “I was too stupid to hate myself back then.” As a teenager, I was smart enough to hate myself and my peers, and today as an adult, I can hate everyone. But, as I have gotten wiser with age, I have realised that I’ve had it wrong all along. Lameness it not age-specific; but people specific. Sure, certain stages of life might make one more obnoxious such as childhood and adolescence, but one doesn’t discover that until one has witnessed obnoxiousness expressed at multiple stages of life. Once lame, pretty much always lame. Our personality does change during the teen years, but it still remains relatively stable, it just becomes more polished.

During one’s teen years, many think that adults are sell-outs for working at that lame job, having all those responsibilities, not wanting to party, … . This is a like the archetypal teenage thought and I cannot blame people for having it, I have thought the same thing. The thing is, yes, some people get slower when they get older, but lame people are usually lame throughout all their lives and chances are that you’re lamer than you think you are. Unless you have more responsibilities, most teens have plenty of after-school hours to devote to their interests… and some people have cool interests and some people are lame. Look, if you like something passionately that is lame and superficial, you are that. If you like Twilight or Bieber, you’re like many others and who are these “many others”? Well, they’re sheeple. You’re a teen sheeple and a future adult sheeple. However, maybe the ones who think that people are sheeple, aren’t the ones who are the most mainstream in the first place so naturally, they would refer to the majority as sheeple. That could be true too. One can never be 100% sure and I am just writing an article here not conducting research, so this is just my untested theory so it’s worth what it’s worth. 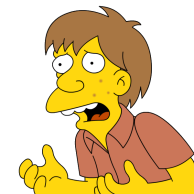 Ultimately, my point is this:

Look, when you get older, you get responsibilities; some are chosen, some are imposed. For those that are chosen (like having kids, especially super early), those people are lame. I am sure if I was wealthy, I would be way more eccentric than I am. I would have the budget to fully express my weirdness, but you know… I can’t wear my vibrating nipple clamps and zentai suit all the time. I have to go to work and school, so as much as I would like to dedicate myself to a life of hedonism; I have to do stuff, like make a life for myself. Not only that, but sometimes that responsibility stuff can be fun. It can be challenging and make you like stuff you didn’t think you could like until you were disciplined enough to appreciate it. As I mentioned earlier, you might not be that interesting after all. Once you get into the wider world, what seemed cool in the microcosm of your school or town is not that special after all and neither is your personality. You might even be a poser, which is pathetic. The saddest thing is, some people never realise they are posers, or realise too late.

In addition to what I just said, there is more. There is a reason that expressions like “starving artists” exist: you usually have to be willing to starve to be a professional artist. If you aren’t willing, then despite your talent and creativity (which you might even have more of than the starving ones), you might not make it as an artist if you have to get another job to pay for your comfortable existence. Some starve before getting successful and some never have to starve to be successful. So, be honest with yourself. Maybe you aren’t going to become a rockstar, not because you “sold out”, but maybe because you are reasonable enough to know that you aren’t motivated enough.

For the depressed teenagers out there, you might be thinking, “Look at those sheeple, going about – oblivious to the pointlessness of their lives. If only they knew!” Been there done that! Seriously though, just because you are depressed and your working memory is whack doesn’t mean you don’t understand logic. The reason you are not oblivious to the pointlessness of your life is because your depression is making you more realistic than happy people.  You can self-indulgently applaud yourself now, but that is only a small consolation when you hate your life. Wouldn’t it be better for you to lie to yourself a little bit so you can get on with your life and do something productive?

Depressed and hopeless people rarely make the world better (for others or themselves). So, if people choose to keep busy rather than contemplate the futility of existence, can you blame them? Are they really being just sheeple or do they have better coping strategies? I admit, “ignorance is bliss”, but only to a certain extent, in fact, people above an IQ of 115 and below an IQ of 85 actually have higher chances of getting depression. So being a dark angel doesn’t mean you’re smart. You’re just focusing on the wrong things. Also, being rejected isn’t necessarily because others are too stupid to understand you; you might just be weird and you have to learn to come to terms with that. We all play a role in life. Some of us are successful, some of us are losers, some of us are weird, some of us are forgettable, others charismatic… The sooner you figure out who you are, the quicker you can start living your life freely and with dignity.

Everyone is someone else’s sheepson (singular of sheeple) anyway. So, if the majority of people are sheeple, then chances are, so are you.