Imagining hypothetical scenarios is a sign of greater intelligence and allows us to prepare for future, albeit sometimes unlikely, events. While this might seem like a foolish parlor game to some, I never shy away from an opportunity to exercise my thinking muscles and neither should you.

When the challenge was originally presented to me, my choices were Trump, Jim Bob Duggar and Brock Lesnar, a WWE and UFC fighter who I find seriously scary looking. However, most people don’t know Brock Lesnar, so he has been replaced by an ape (though some would say Brock Lesnar looks like a more ape-like ancestor of modern man).

After consulting my friends, we all have different views on who we would choose. Here is a list of our thoughts:

Some friends were turned down by Jim Bob’s religiosity and patriarchal views, other friends preferred doing it with a human over an animal. I personally think that I would rather do it with a bonobo or a very low on the hierarchy male chimp than either Trump or Jim Bob, though Trump would definitely be my last choice. Maybe the idea of sleeping with an ape seems unappealing to you, but I think the ape would respect me more and I would have more self-respect for myself. This doesn’t mean I secretly fantasize about doing it with apes, but when push comes to shove, you gotta do what you gotta do and it is important to be prepared should that moment ever come to pass.

Well, those have been just my thoughts on this rainy day. I might not be able to have fun outside, but at least I am free to wander in my mind. 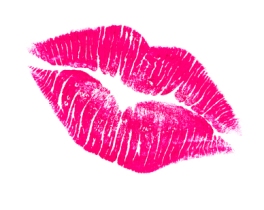 P.S. Was I right to put a colon after the preposition with in my title? I cannot find any clear grammar rules on that. I know you don’t need a colon normally after with, but it doesn’t feel quite right without a colon in this case.