It seems as though lately it is fashionable to discuss “triggering” and people want trigger warnings everywhere. The thing is, you never know what will trigger a person, so it is a pointless and censoring endeavor — a fine example of how the road to Hell is paved with good intentions. And with these fine intentions in mind, a thought occurred to me: why change the environment so as to lessen their anxiety when you can simply put them in an environment in which their anxiety is most appropriate.

In my case, my greatest fear is getting into trouble, therefore, I think my brain is ideally suited for life in a totalitarian regime. 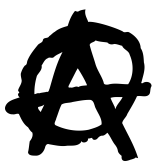 As you can imagine, I am not an anarchist.

Imagine a world where jay-walkers were fair game for oncoming traffic, where committing one crime or one mistake lead to the dissolution of your Hobbesian social contract with the state, thereby rendering you a “free citizen”, neither subject to the law nor protected by it — a prime target for psychopathic murderers and bounty hunters. As I am typing this, I wonder why this would be a concern of mine as if you automatically lose your rights, wouldn’t you then also lose the authority of the laws to govern you? Anyway… I never claimed anxiety was always rational.

According to the deterrence theory of crime, it isn’t so much the severity of the punishment which dissuades people from committing crimes, but rather the probability of getting caught. 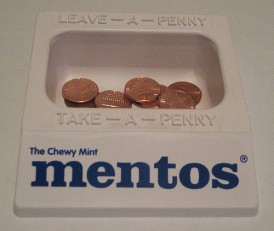 I hate public transportation or anything where the honor system is used. I’m not a bad person, but I am a cheapskate and firmly believe in the saying, “don’t tempt an honest man”. If I am given even the slightest opportunity to get away with not paying, I do not see that as stealing, but rather as saving. If I pay for a ticket and that ticket was never controlled, I feel like I have been ripped off for being honest. However, if I don’t pay for the ticket, I end up feeling stressed during the entire ride, on the edge of my seat, waiting for any signs of a uniformed ticket control officer so that I can pounce out of the bus as quickly as possible. If that particular municipal transport system has tickets controllers that dress in civilian  clothing, then I become even more stressed out as now I must scan for anybody who looks suspiciously confident and authoritative when walking into the bus or metro.

Essentially though, all laws are based on the honor system. Fortunately, in most places Big Brother is not watching, so if you do something bad no one is the wiser. So when I hear about people spontaneously climbing over a fence to sneak into some party or anything else radically cool like that, I get jealous. If you look at movies, people who seem to have fun are those who are slightly breaking the rules like sneaking into a pool to go skinny dipping or making artistic graffiti in an abandoned warehouse. Society is constantly sending us contradictory messages and being hypocritical. Nearly all of us have taken drugs, gambled or whatever, but — not in my backyard — rather abroad.

If the hat fits, wear it.

“Why do you keep mentioning doing illegal things? Maybe your anxiety is caused by your guilty conscience.” 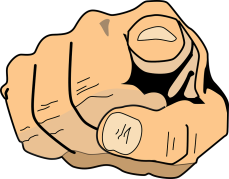 “You! Yes you! What do you think you’re doing?”

We have all been in the situation where some authority figure interrupts a group looking for a guilty party. This is followed by an oppressive silence where everybody looks around, staring at each other, waiting for the offender to confess. To many people, just the sight of the police officer driving down their street or the sound of a siren a few hundred metres makes them tense up and wonder, “are they coming for me?” Extracting a confession out of such individuals, even when innocent, would be a piece of cake. One personal explanation for this is that the situation of not knowing who the offender is and being considered as a potential suspect is more stressful than the security of knowing that you are taking the blame even if you didn’t do anything wrong. 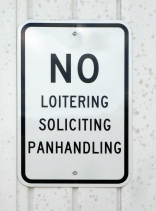 One has a set of expected interactions for the day. For example, if you are going to the mall, you can expect to interact with a bus driver and some shop keepers. Unexpected intrusions are when you have unexpected interactions with people that are not pleasant and for which you are not prepared. Among unexpected intrusions there are: activists/charity campaigners/donation subscription peddlers that attempt to stop you at every street corner to talk for a few minutes about Amnesty International, Doctors Without Borders, etc., beggars, unannounced unexpected registered mail that makes you worry your past will catch up with you, or unidentified callers (what do these people want from me?!) Feel free to contribute to the list.

To sum it all up: fear of authority, a propensity towards being easily broken and intimidated plus not being able to stand up for oneself because of a belief that disobedience and insolence are worthy of the highest punishment makes me an ideal citizen for such a state. However, I’m not alone. Sixty-three percent of participants in the classic version of Milgram’s study on obedience were willing subject someone to a lethal 450V shock at the request of an authority figure despite this going against their better judgement. So, you may not be as stressed out as I am, but chances are you would make a good citizen too.

Does this stop me from living my life and even being a bad girl sometimes? Not usually. I also try to cultivate a sort of good girl look about myself so as to not look suspicious. In fact, I’ve elaborated a style I like to call “Christian Rock” whereby I dress like a good Christian girl. I’m really not a bad person, but to compensate for my stress I need to exaggerate how proper I look. Oh shit… maybe that in itself it suspicious… 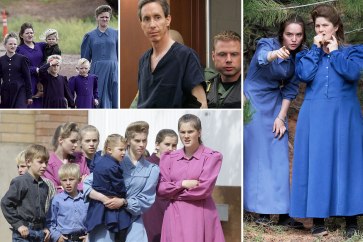 Polygamy isn’t especially wholesome, is it?

Til next time we meet, I will be cowering in fear, 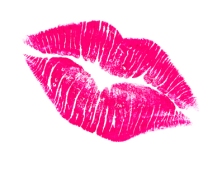